Sarah hits the road with her easel 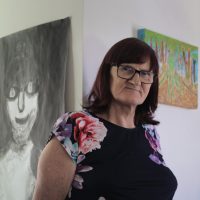 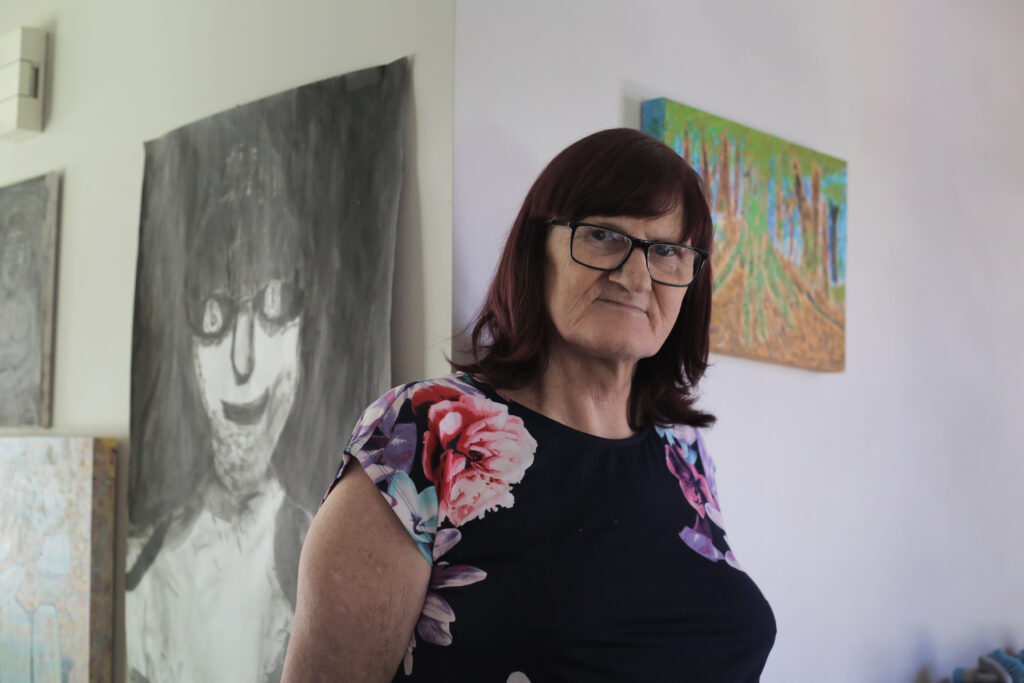 Headway’s Anne Simmons visited South Coaster Sarah Waardenburg only days before she was planning to head off on a
trip into the Aussie bush.

Sarah Waardenburg’s easel standing in the middle of her South Gippsland home was about to be a key possession packed into her caravan for a long journey ahead.

“A lot of times when I’m going somewhere, I put the easel up and paint,” Sarah said.

Her plan is to revisit places from her childhood, including the Great Dividing Ranges and Canberra.

“Bendoc, Bonang, Goongerah, Cabbage Tree Creek, I was up in those places … you didn’t have much up there. You made your own entertainment,” she said.

“We used to walk around the bush and you had to be careful where you walked because they had straight-drop [mine] shafts.” 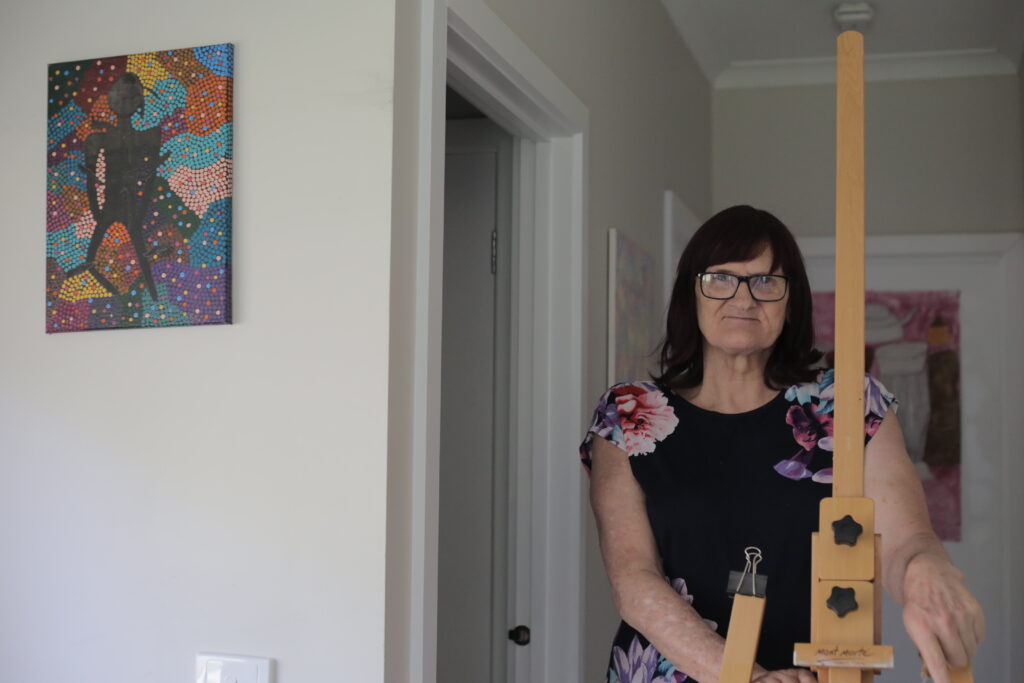 She remembers tasks like walking several kilometres with a three-gallon container to fetch kerosene for the fridge.

“You would fill it up and light the wick and the wick had to be a special level. If it was too high it would smoke and it wouldn’t work,” she said.

Memories from living in Canberra include a visit from then-prime minister Harold Holt.

“I was in his car driving around and around in the backseat because he was there opening up the little kiddies’ splash pool,” she said.

As a Koori woman, she intends to spend time with Indigenous people across Australia, learning languages and eating bush tucker. 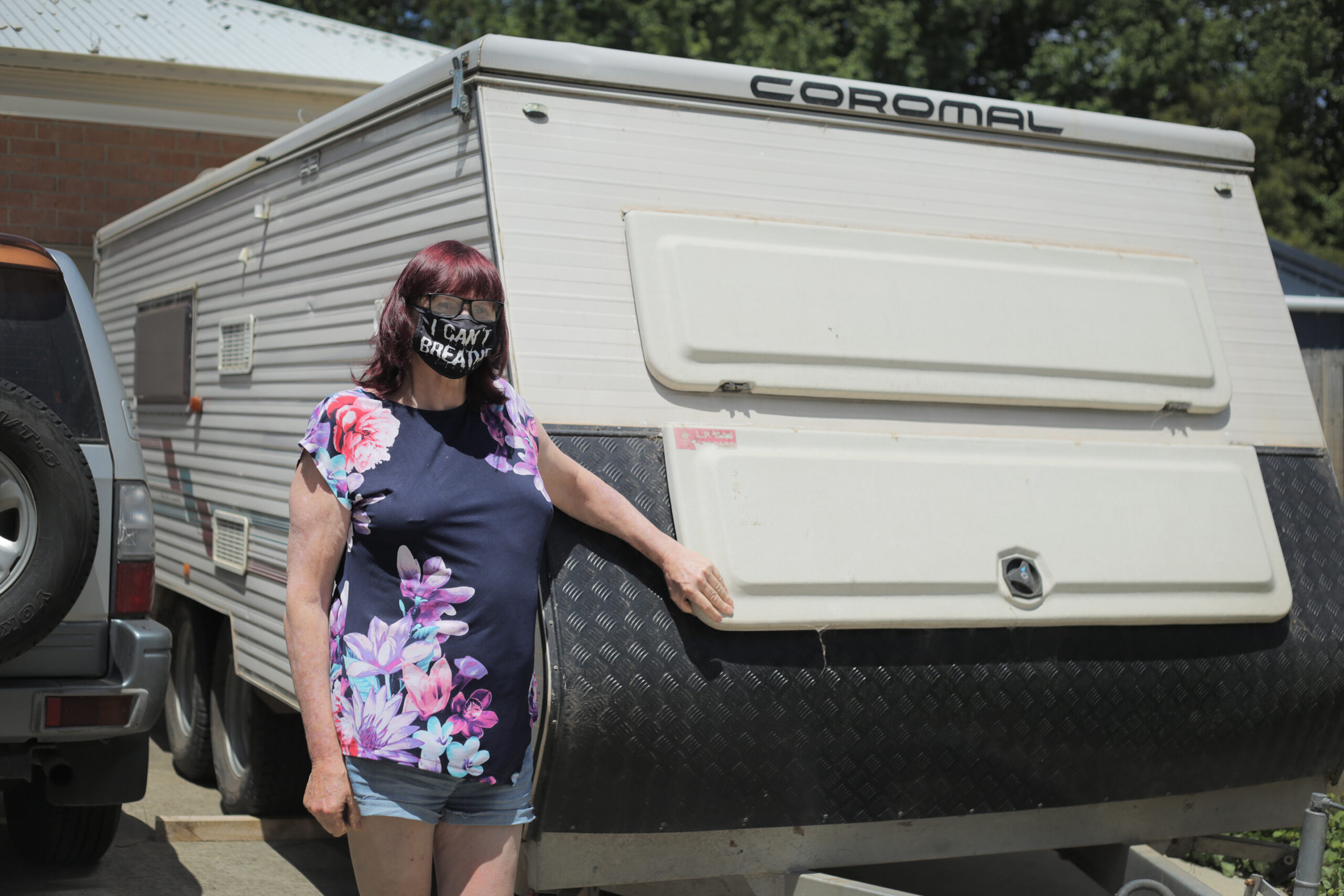 Sarah’s artistic life started when she moved back to her birthplace, Morwell, and joined Aboriginal pottery company Yandina Earth.

“[The women] could be who they want to be, do what they like and there is nobody there to put them down,” she said.

It was the start of a long-term passion for creating art, which keeps her busy at her easel while at Headway’s Wonthaggi-based social support group.

“I love doing my artwork now. It helps me to relax and to be who I am, I enjoy it. I’ve got a lot of pain problems and brain damage and everything else from a motorbike accident,” Sarah said.

Sarah plans to be away for about three months before embarking on another, potentially much longer, trip.